EWS FSRs celebrate the Centenary of the Royal Corps of Signals 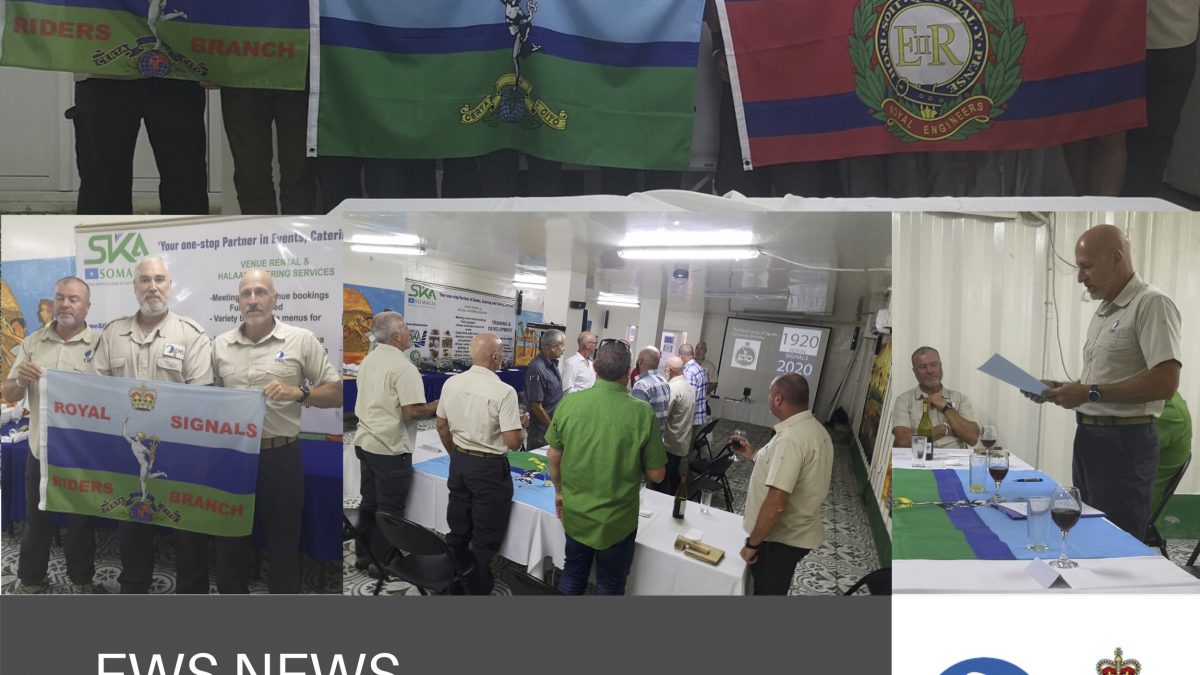 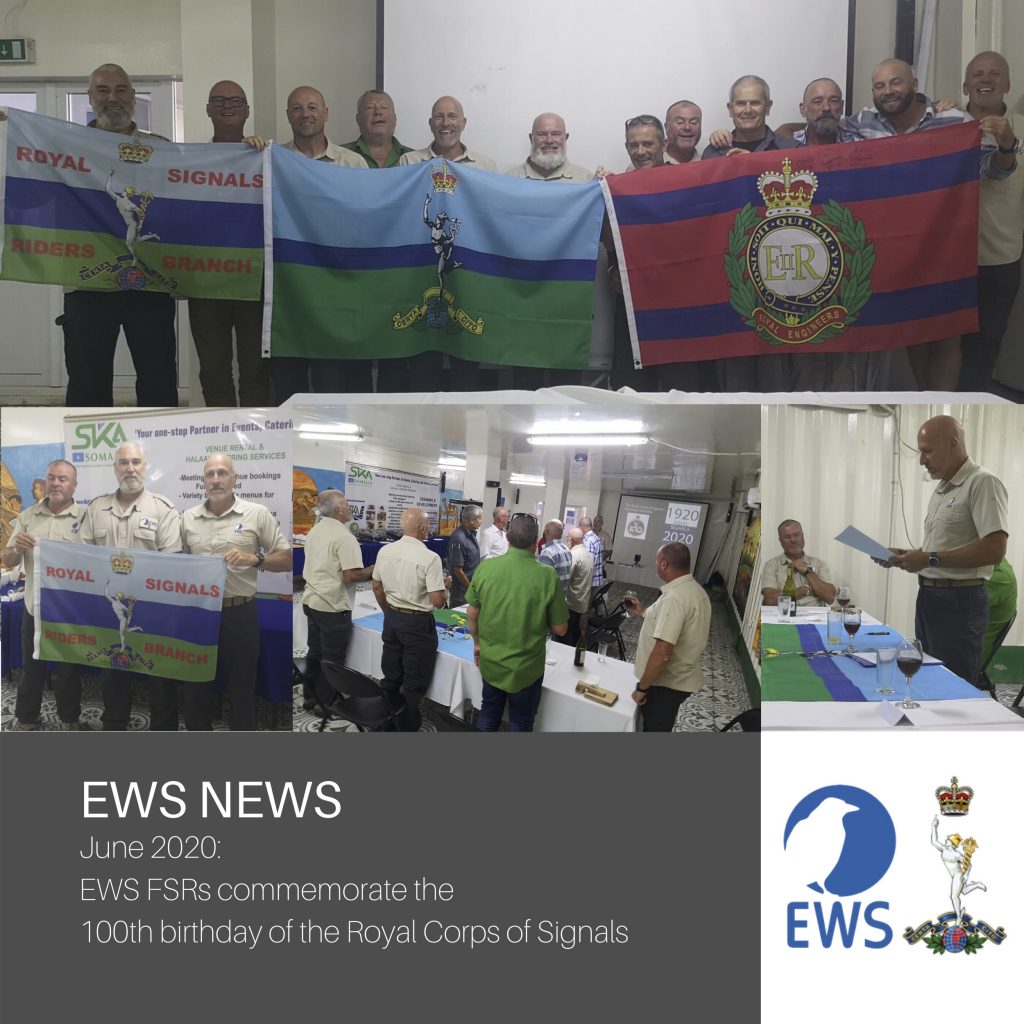 On 28th June 2020, Field Service Representatives from EWS commemorated 100 years since the formation of the Royal Corps of Signals from the Royal Engineers at a regimental breakfast in Somalia.

Recreating a WO and Sgts Mess, Alf Cupper, the Presiding Member was joined at the top table by two honoured guests from SAIC, Pete McMullen and Jimbo Bowes who are both ex-Royal Ulster Constabulary. In Country Manager, John Cordery was the President of Entertainment with Mike Iles as Mr. Vice.

As part of the centenary celebrations, the guests enjoyed a presentation by Jamie Leishman from EWS, which showcased the different Royal Corps of Signals units that the EWS FSRs had been posted to over their combined 170+ years  of military service.

A fabulous breakfast meal was provided by the talented staff at SKA Somalia, and both the members and guests toasted Her Majesty the Queen, the Colonel-in-Chief of the Royal Corps of Signals – Her Royal Highness, The Princess Royal, Princess Anne, and of course absent friends.

EWS wishes the Royal Corps of Signals, 1920-2020 a very happy 100th birthday and a heartfelt thank you to everyone who has served and is still serving with them.