The Rise of the Narrative – EWS

The Rise of the Narrative 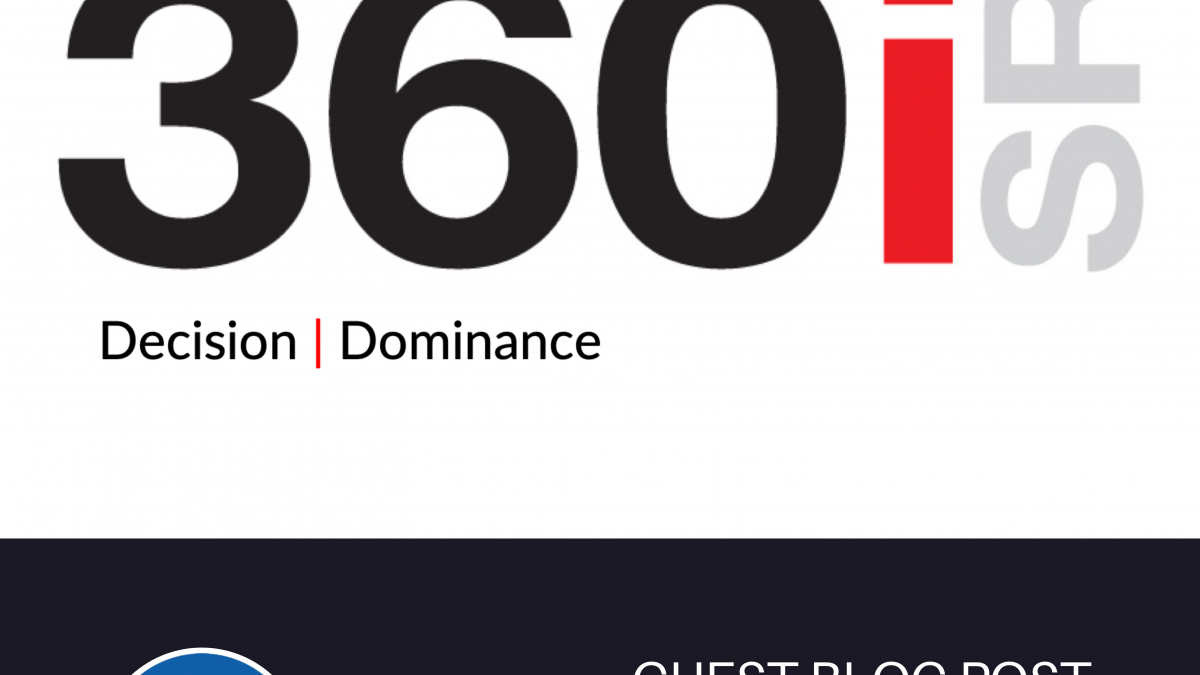 EWS is delighted to welcome another guest article from Ewen Stockbridge Sime of 360iSR, who is recognised as a thought leader for Intelligence, Surveillance and Reconnaissance Services. In this article, Ewen comments on how the cognitive domain is the mission space of the contemporary contest and the Taliban successfully controlled the narrative to achieve their ultimate military aims. 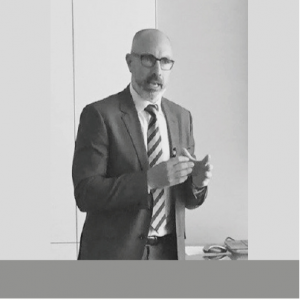 History will decide how and why the Taliban were able to recapture Afghanistan without opposition.  For now, we rightly concentrate on the plight of those trying to leave.  It is clear however, that the Taliban’s advance and the West’s miscalculations were down to the Taliban’s ability to coerce the Afghan population without full blown conflict.  The battle of the narrative was won, comprehensively, by the ‘David’ of this story.

Coercion in conflict is not new, it is as ancient as war itself but now more than ever, the ability to coerce is seen as a weapons system and a way in which to win conflicts below the threshold.  Coercion can take many forms, positive or negative.  Populations or communities can be exposed to fear, money, promises of a better life, claims of cultural or religious allegiance, identification of a common enemy or national ties.  The type and the effectiveness of coercion is dependent on the target audience, some will succumb to fear, some will galvanise behind a hatred of a common enemy. What is important to a coercive offensive is the mechanism for the transmission of the message.  The narrative war is all important and has been seen, in Afghanistan, to be able to create regime change without full blown conflict: a coup d’état which although not truly bloodless, the violence was unattributable to those that control the narrative.

The speed and capability of the Taliban to control the narrative to achieve military effect is on one hand, an incredible feat of using the correct message to strike accord with the population (be that positive or negative motivations), and on the other, an incredible defeat by western governments not to understand the mood of the population beyond the boundaries of the cities.

Will history teach us nothing?

This is not a new phenomenon. In 1990, Soviet troops were gone from Afghanistan but the country was gripped by civil war with the US-backed mujahideen fighting the Soviet-backed government of President Najibullah.

Faced with an insurgency armed with modern Stinger missiles, Najibullah vastly underestimated the mujahideen’s propaganda campaign. Evocative imagery on posters disseminated by the mujahideen promoted Islam and a sacred duty to free the Afghan nation from Soviet influence. This and other misinformation swayed the ranks of Najibullah’s defence forces, lowering morale to such an extent that there were numerous reports of frontline desertions. Today the Taliban make the same claim.

The Kakar History Foundation recently released a series of letters between Najibullah and historian Hassan Kakar. These letters shed new light on both the attitude and the mindset of Najibullah and exiled intellectuals. They also show the importance of the struggle to control the narrative: the ability to do so is seen as almost coequal to military victories.

Najibullah was notoriously insular, and one wonders whether his efforts might have achieved greater success had he had access to an improved and global communications infrastructure, and received feedback from beyond his network of trusted friends and advisors. Thirty years later, one also wonders if today’s Afghan government has learned those lessons and can leverage modern strategic communications tools better than Najibullah.

Reading the Najibullah-Kakar correspondence, it is clear that Najibullah did not capture the mood of his people.

‘Although the war and armed aggression continue, the national reconciliation policy has captured the hearts and thoughts of millions of Afghans. It has brought about a major weakening in the militant and non-conciliatory forces of the extremists,’ writes Najibullah with confidence, revealing an astounding illiteracy of sentiments and allegiances across the country. Kakar responds presciently, pointing out what he sees: ‘A total lack of [public] trust in Kabul government and a complete divorcement of the latter from the people.’

As the former head of KhAD (the Afghan State Intelligence Agency), Najibullah relied on feedback provided by his vast network of spies and informants rather than media reports and polling data. His feedback may have been worthwhile as intelligence on enemy forces and foes, but it did not provide an accurate sense of popular opinion. Nor did Najibullah encourage an open press or polls to balance these views. Without reliable feedback on the issues closest to his citizens, Najibullah was blind as to how to respond.

In 2008 a study was conducted of the southern part of Afghanistan centred on Kandahar.  The study was intended to gauge the opinion of the local population about the performance and acceptance of the coalition forces.  The study took place over 2 months and involved interviewing key individuals, general public and elements of the community such as shop keepers, teachers, farmers and so on.  The questions were simple and al revolved around two central points:

Once the data had been collected and analysed the resulting intelligence was transposed on to a heat map depicting support or trust in the coalition to deliver on promises; red was bad, green was good.  Once the map had been colourised, it was resoundingly red.  Even the city of Kandahar was red, which at the time, represented a strategic failure to maintain influence and security over the number two city in Afghanistan.

The data was checked and re-checked as it represented a strategic failure and went against most of the coalition’s beliefs.  Once the officer in charge was satisfied, the intelligence was presented to the general.   Just like Najibullah, some 30 years before, the General refused to see the picture presented by the intelligence and preferred to rely on verbal reports from his friends.  The truth displayed, as Kakar had reported previously, “A total lack of [public] trust in Kabul government and a complete divorcement of the latter from the people.”  Where the coalition built schools the locals wanted security, where the coalition invested in roads, the population wanted security… and so on.

The coalition had constructed a narrative constructed around their bias and culture that seemed to target their domestic audience rather than the Afghan people.  The narrative played to western concerns pushing stories that would strike resonance and perpetuate domestic public support, stories such as building schools and improving female rights.  The coalition forgot to think about their true audience and continued to believe their own construct even when confronted by contrary intelligence.

Accepting realities and constructive feedback is fundamental to gauging public sentiments and calibrating the failure or success of policy. The First Vice President Amrullah Saleh’s recent denial that Afghan troops were surrendering without resistance indicates that the Afghan government is oblivious to the fact that it is losing ground in the narrative war. The Taliban are out manoeuvring the Afghan government by efficiently communicating constructed realities and promoting their cause.  The public, the government and a majority of the Afghan defence forces were coerced by a powerful combination of ‘carrot and stick’ narratives that convinced them that not only was resistance futile, but resistance would also be contrary to the benefit of the country that they loved. 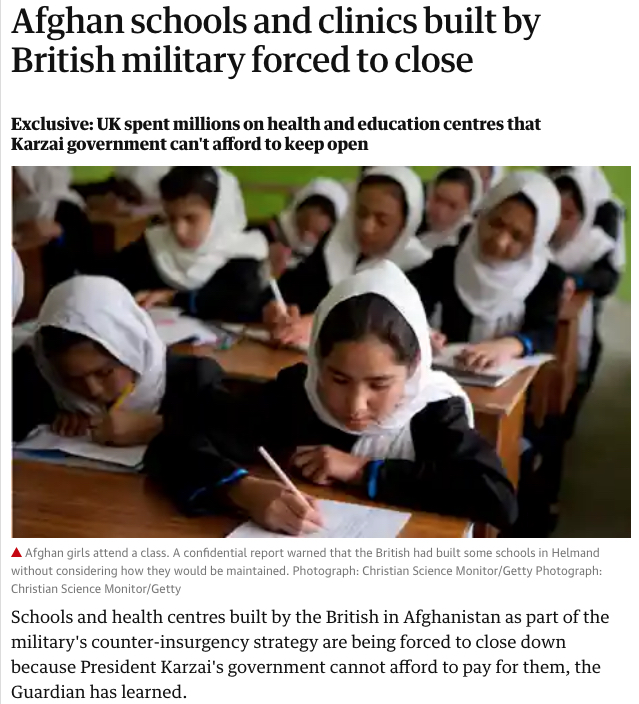 The Ripples on the Pond

While the media is focused on the unfolding events around Kabul airport, the ripples of the narrative used in Afghanistan lap the shores of the Sub Sahel.  Militants, insurgents, terrorist organisations will all be taking strength from the withdrawal of the coalition in the face of the Taliban.  The fact that the Taliban will not negotiate an extension to the 31 August deadline in the face of a US led force, is a powerful message and will set the stall out for the Islamic State in the Greater Sahara and other organisations bent on imposing their will on a population.  Imagine the narrative being transmitted now, “Your American saviours will not come, even if they do, they will not stay… they will abandon you just as they have abandoned those in Afghanistan.”  It does not matter if the facts of this message are not true or not, want matters is that the message resonates with the audience and creates coercive effect.

The Centrality of Influence

In 2018, 360iSR published their first paper on the centrality of influence in contemporary conflict, since then we have been working with organisations to help define and map the cognitive space and to accept that narrative warfare for cognitive effect is the weapon of choice for the modern sub threshold actor.  The recent events in Afghanistan reflect this opinion and suggest that the impact of these event will stretch far beyond the lines in the sand created all those years ago.

We cannot afford to make the mistakes of those that have gone before us.  We cannot be like Najibullah and live in ivory towers surrounded by a room of mirrors.  We cannot avoid the ugly truth of intelligence that maps a counter position to our own, no matter how dear we hold that opinion or how closely we hold it to our ideals.  If we are to continue to be a force for good in the world, we need to evolve, to become more understanding of the cognitive domain and the effects that are created therein.  Without this capability we will become irrelevant to many conflicts in the world.  We may be able to project power in the form an aircraft carrier and F35s, which is important in the peer-to-peer struggle, but can we understand and defeat a greater, more real threat that is knocking on the door of the Sub-Sahel countries? 360iSR is now working in these countries on the request of governments to help develop intelligence beyond the limited scope of Multi Domain Operations, but encompassing the physical and information domains and, importantly, the cognitive domains.  We are creating Intelligence fusion centres that will aid local governments and militaries make informed decisions across all 3 domains and enable counter narrative operations.  As the fallout from the events in Afghanistan ripple across the Sub-Sahel area, 360iSR will be working hard to ensure that trusted governments in the region, are armed with information advantage across the total mission space to counter the narrative and defeat the opponent.