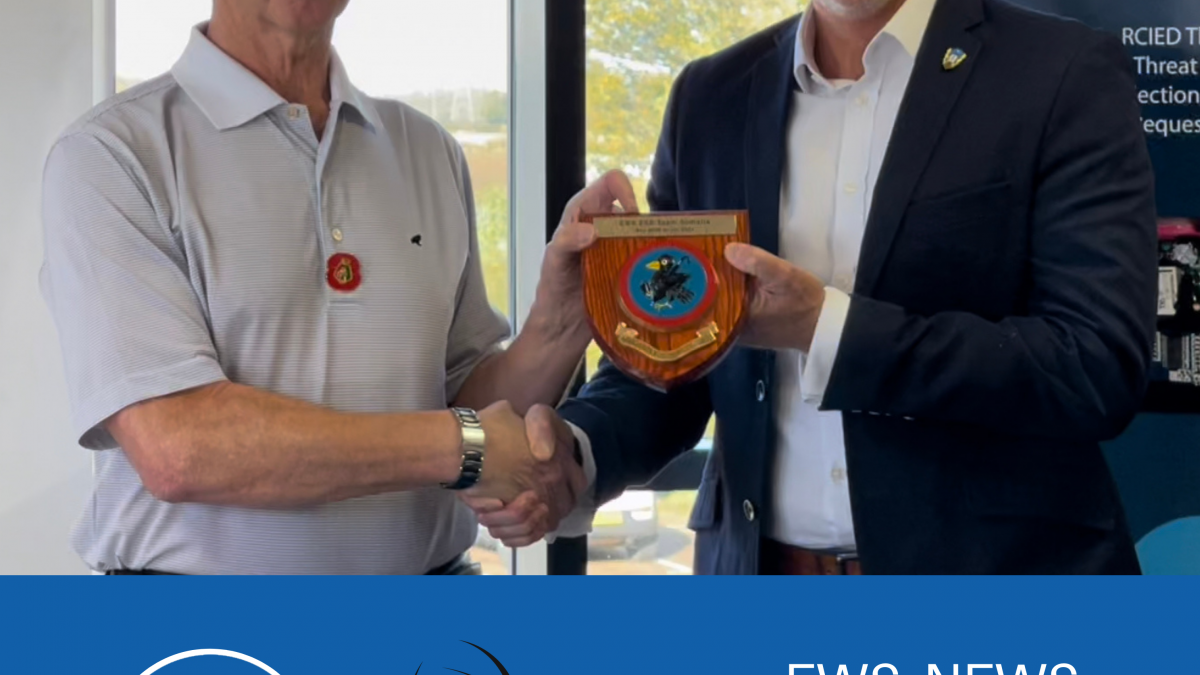 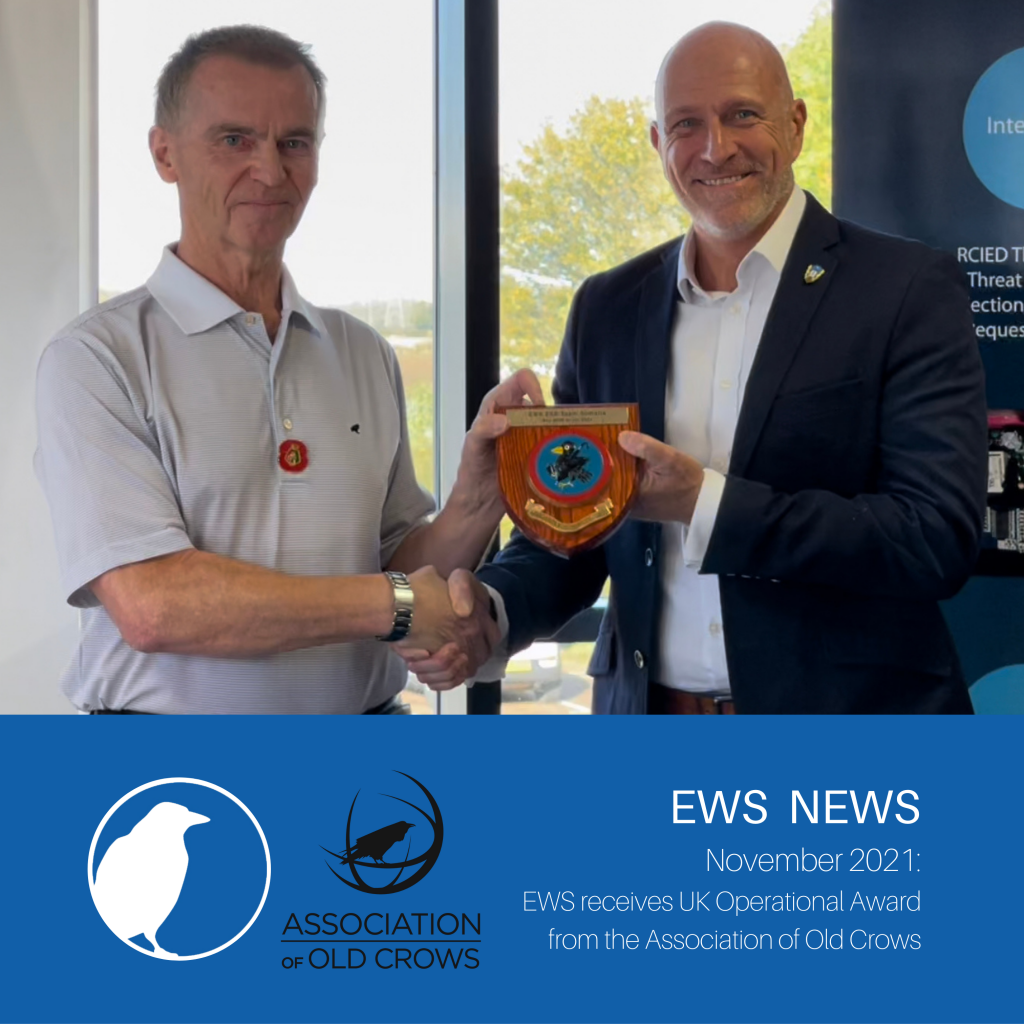 EWS was delighted to receive the Association of Old Crows United Kingdom Electronic Warfare Operational Award in special recognition of the outstanding work the company has been carrying out in Somalia since 2018.

This highly regarded award recognises the mentoring and training support given by the EWS Field Service Representatives (FSRs) to the Ugandan People’s Defence Force soldiers in Somalia on the African Union Mission in Somalia (AMISOM) programme.

The sovereign capability that the EWS FSRs have given to AMISOM will provide an improved quality of life for the Somali people and will enable the Somali Security Forces to bring about a significant change for the better in their country ongoing.

The UK Chapter President, Chris Howe MBE from the Association of Old Crows visited EWS in Long Bennington on Tuesday 2nd November 2021 to present the award to several members of the FSR Team in acknowledgment of their dedication and hard work.

Eddie Edwards, Managing Director of EWS said: “This award is a well-deserved recognition of the efforts and significant improvements brought about by the EWS FSRs in Somalia over the last few years and will, no doubt have helped to save many lives in the country. Everyone at EWS is immensely proud to receive this award.”